I recently announced my decision to revive the Lance Eliot saga, my greatest and most personal writing project. Today I will tell you why I made that big decision, but there is something else, something important, I must discuss first.

Excuse me, Sir or Madam, but have you heard the good word about Disney’s Zootopia?

Not far from my home in the little town of Berne there stands a cozy cinema called the Ritz Theatre. (I discovered it when I ventured forth to see The Lego Movie a couple of years ago.) The Ritz has two theater rooms, one of which is fairly small, and an old-timey lobby with a big plaster model of an Oscar trophy. I love the Ritz Theatre. It wraps the sound and fury of Hollywood movies in the charm of a friendly small business.

My younger brother and I recently made a pilgrimage to the Ritz Theatre to see Zootopia, Disney’s latest animated movie. It was fantastic. However, as much as I would love to spend this blog post explaining why the movie is fantastic, that’s not really the point. (Seriously, though, go watch Zootopia.)

The point is that Zootopia made me feel things. It evoked far deeper feelings of catharsis and happiness than any kids’ movie has any right to do. I am not an emotional person. I am, despite my sense of humor and typically sunny disposition, pragmatic and logical.

Thus, when the feels hit me, they hit me hard. 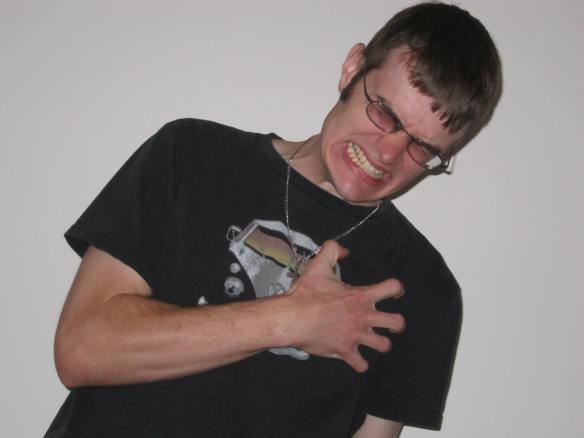 Zootopia is far from the first story to make me make me feel things. Heck, nearly every new animated Disney film since Bolt back in 2008 has left an emotional impression. For some reason, while movies for adults appeal to my intellect, movies for kids are the ones that appeal to my feelings. (Disney, Pixar, and Studio Ghibli, I’m looking right at you.)

I like positive feelings. Most people do. I’m not often emotionally overwhelmed by a story, but when I am, it’s an amazing experience. It’s a fleeting encounter with the power of storytelling: as J.R.R. Tolkien suggested, “a far-off gleam or echo” of a happy ending to our own story, which is being told by the greatest Storyteller of all.

Speaking of Tolkien, I admit few stories have made me feel as much as The Lord of the Rings. Tolkien’s masterpiece, especially the last chapters of its final book, The Return of the King, warms even my impassive old heart.

I haven’t read The Lord of the Rings since 2009 or so, and much of it had faded from my memory, but something happened last year to change that.

A few days after Christmas, my brother and I visited a family friend. I’ll call him Socrates here. (In real life, I call him Barabbas. It’s a fun story.) After welcoming us into his home, Socrates made snacks and put on the film adaptation of The Return of the King. It had been almost as long since I had seen the film as it had since I had read the book!

Something happened that night. The movie was as good as I remembered, but beyond that, something woke up inside me. I felt an overwhelming peace and happiness: the nostalgia of fond memories in harmony with the catharsis of seeing beloved characters reach a happy ending. It was then I realized something: I knew I once wanted to write a story of my own, but I had forgotten why.

That night reminded me of why I decided to write stories in the first place: I wanted to feel, and I wanted to make other people feel, too. Stories like Zootopia and The Return of the King gave me moments of cathartic happiness, peace, and comfort. I wanted to give someone else those moments.

That’s my story and I’m sticking to it. That’s my excuse for picking up the Lance Eliot saga once this blog bites the dust. I want to make you feel.