What? You think hot guys are an inappropriate subject for this blog? Oh, I disagree. I won’t discriminate against anyone for being totally smoking hot. I think this post is long overdue.

It’s a burning question: Who are the hottest guys in fiction? There are a lot of potential answers, so let’s warm up with a list of ten.

We’re turning up the heat, ladies and gentlemen, as TMTF presents…

The TMTF List of Top Ten Hot Guys in Fiction!

This friendly fire demon is not only helpful and adorable, but also sounds exactly like Billy Crystal. (Wait, he’s actually voiced by Billy Crystal? Well.) Calcifer may not be the hottest guy on this list, but he’s certainly hot enough to fry eggs and bacon.

This one is easy. I mean, the dude’s head is literally on fire.

Hot guy. No doubt about it. Great movie, too.

Mario isn’t always hot, but he occasionally throws fireballs. These whirling spheres of flame aren’t terribly large or threatening, except when they get out of hand. (Pun intended. I’m so, so sorry.) When Mario cuts loose with the fireballs, things heat up pretty quickly.

Bowser is another hot character from the Super Mario Bros. series, but I chose Mario because this list has quite enough scaly fire-breathing monsters. Speaking of which….

Charizard is labeled a Fire-type Pokémon, and for good reason. His flaming tail is a life sign, like a pulse… but more likely to burn down buildings. Charizard also breathes fire. 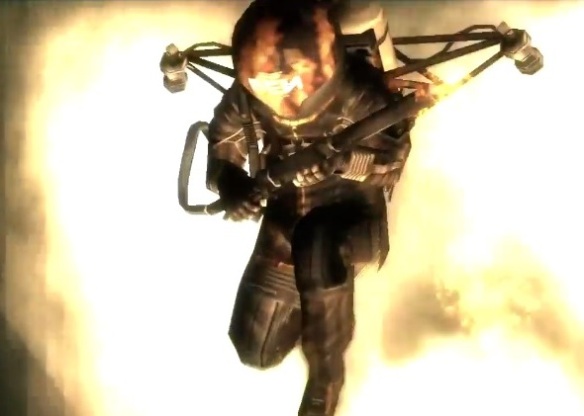 This crazy cosmonaut hails from my favorite Metal Gear Solid game as a member of the Cobra Unit: a team of supervillains working for a rogue Soviet colonel. The Fury is a pyromaniac through and through, packing a flamethrower and a jet pack—which, I can only assume, were standard issue for Soviet cosmonauts prior to the sixties.

When the Fury finally gives up the ghost, it’s with delusions, explosions, and surreal shrieking heads of fire. So hot.

5. The Guys in the Seventh Circle of Hell (Dante’s Inferno) 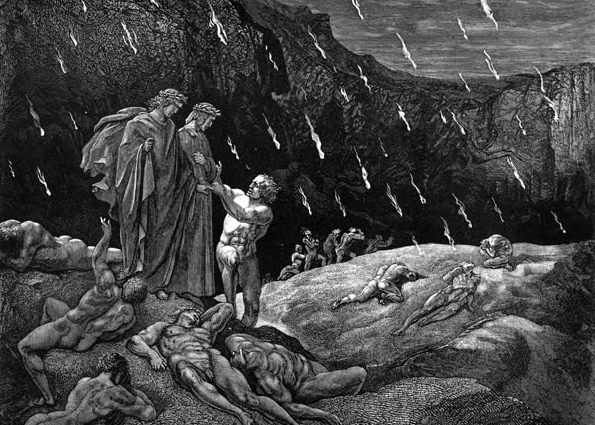 The circles of Dante’s hell offer various horrors, from violent winds to ceaseless whippings. It’s the seventh circle that most closely resembles the classic image of hell as a fiery place, with a river of boiling blood and flakes of fire drifting to the ground. “Thus was descending the eternal heat, whereby the sand was set on fire, like tinder beneath the steel.”

You can bet the sinners in hell’s seventh circle are pretty hot.

In the fantasy world of Avatar: The Last Airbender, Zuko is a firebender: a martial artist who redirects chi (spiritual energy) and unleashes it as fire. Firebending is awesome. It can be used to warm tea, heat bathwater, or do this:

Zuko is the show’s most dynamic firebender, learning from dragons and experimenting with advanced forms of his art. He never did learn to make a good cup of tea, but he’s still a really hot guy. 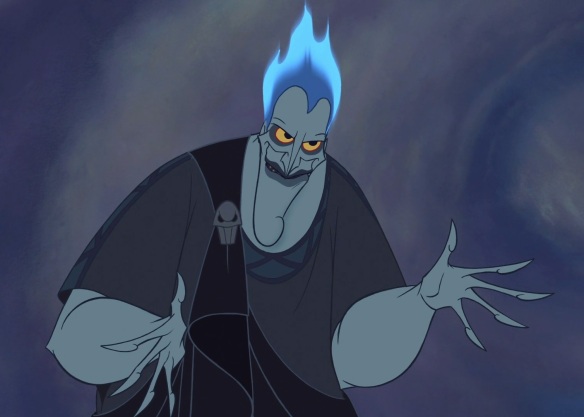 At first glance, Hades looks like a shady uncle to Anger from Pixar’s Inside Out. Don’t be fooled. The smooth-talking god of the dead from Disney’s Hercules often loses his cool. (Pun intended. I’m still sorry.) When his temper flares (I’m so, so sorry), those flames rage out of control.

Yes, Hades is a hot guy… but he’s the master of the underworld, so what did you expect?

Do I even need to explain this one? Smaug is a dragon. He breathes fire. Dragons breathe fire. Hot.

It would have been easy to fill this list with dragons, but I limited myself to one. I chose Smaug because, of all the dragons I considered, he hit the best blend of hotness and cultural significance. (Next time, Toothless. Next time.) Smaug is far from the only hot character in J.R.R. Tolkien’s books; Sauron is represented by a fiery eye, and Denethor was pretty hot right at the end of his life.

I don’t really have anything to say about the Human Torch, except that he’s literally on fire, burning at impossibly high temperatures that would reduce ordinary men to greasy little piles of soot.

I can think of no hotter guy in fiction.

Who are your favorite hot guys or gals in fiction? Fire away in the comments!