It would be tough to live in a video game.

Seriously, I wouldn’t last two minutes. If I were extremely fortunate, I might end up in a nice, nonviolent title like Animal Crossing or Professor Layton. I would more likely blunder into a racing game, fantasy RPG or first-person shooter and be run over, beheaded or blown to bits. Even family-friendly titles like Mario Kart offer plenty of opportunities for violence and mayhem. (Curse you, blue shells!)

With perils, pitfalls, monsters, explosions, blades, bullets, traps, tyrants or bottomless pits at every turn, life as a video game character must be tough. It makes sense, then, for video game characters to be tough dudes. Today, dear reader, we will look at ten of the toughest.

For the purpose of this list, toughness is defined as the quality of being durable, stoic, intimidating and that word I can’t use. The usual top ten list rules apply: only characters from games I’ve played, only one character per game series, no licensed characters from other media (e.g. Han Solo or Indiana Jones) and so forth.

Toughen up, ladies and gentlemen, as TMTF presents…

Be ye warned, here there be minor spoilers.

At this point there are more than seven hundred Pokémon, representing all kinds of creatures and concepts. It makes perfect sense, then, that there is a punching bag Pokémon. In battle, Wobbuffet doesn’t ever strike first, but receives blows and then counterattacks. The stoic, patient way it takes its enemies’ attacks is astonishing.

Chell isn’t a dude, per se, but the mute protagonist of the Portal games is as tough as they come. Unfazed by deadly traps, frightening falls and the childish taunting of a deranged opponent, Chell solves puzzles and cheats death with a deadpan expression and stubborn silence that would make Clint Eastwood proud.

Link is an all-purpose hero, navigating dark dungeons, solving puzzles, defeating monsters and wielding an endless array of weapons with effortless aplomb. Neither horrifying enemies nor baffling riddles seem to trouble him in the slightest, and no obstacle or pitfall ever derails his adventures. Link would be much higher on this list if he were not so adorable.

Jim Raynor—a man covered in tattoos and ammunition, and probably smelling of whiskey, tobacco and engine grease—is a marshal-turned-outlaw-turned-hero. Bringing together the grit of a Wild West lawman and the tactical brilliance of an admiral, this spacefaring marine is betrayed by humans, hunted by space monsters and feared by practically everyone. 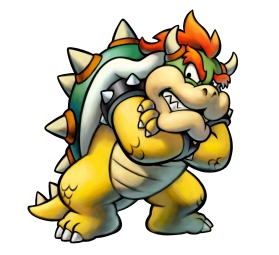 Bowser may be surly, self-absorbed and not very bright, but there’s no denying he’s tougher than iron. This hulking monster survives eight plunges into molten lava in his first game alone. The games that follow subject Bowser to falls, beatings and all kinds of injuries, yet the only thing he ever seems to bruise is his ego.

Update: My younger brother corrected me by pointing out that Bowser plunges into lava only once in his first game, not eight times. Notwithstanding this correction, Bowser is a pretty tough dude.

Samus Aran, like Chell, isn’t a dude, but that never keeps her from being resourceful, independent and ridiculously tough. Venturing alone onto enemy spaceships and hostile planets, Samus guns down the galaxy’s most dangerous criminals and escapes without a scratch. Truly, hell hath no fury like a woman with a laser cannon. 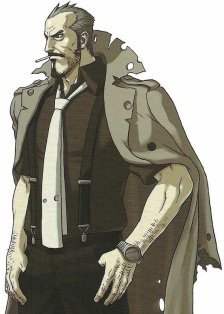 Look at those bullet holes. Look at them. Even Tyrell Badd’s necktie has bullet holes. I can only surmise that the bullets, after passing through his tie, simply bounced off Badd. This hard-bitten homicide detective is a man of few words. Really, his coat says it all. By the way, that’s not a cigarette in his mouth, nor is he grabbing a gun when he reaches abruptly into his pocket. No, that’s a sucker in his mouth, and he’s reaching for a hand mirror. It’s a testament to his toughness that Badd makes even these effeminate items seem intimidating.

Nothing seems to faze this tough-as-nails government agent: not homicidal maniacs with chainsaws, not mutated monstrosities, not even the whiny college student he is sent to rescue. Leon S. Kennedy calmly and professionally handles every crisis, making every bullet count, thinking on his feet and suplexing anyone who gets too close. His tireless persistence and grace under pressure are remarkable.

I’m not sure I even need to say anything about this guy. Auron’s sword is nearly as big as he is, for heaven’s sake! He often fights one-handed simply because he can. His clothes are equal parts samurai and gunslinger, with an awesome pair of shades for good measure. Auron is noble and courteous, but takes no nonsense and will cut any obstacle into very tiny pieces. Oh, and one final thing: Auron is dead. Not even death can stop this man. He lingers for one final adventure simply because he has unfinished business in the land of the living. Heroes hardly get tougher than that! 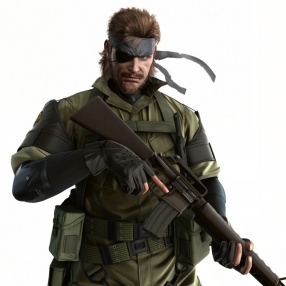 Naked Snake is the perfect soldier: an unstoppable combination of sniper, spy and infantryman. He sneaks through jungles and military bases, enduring harsh weather, surviving on rats and snakes, digging bullets out of his body with a knife and patching up his wounds before charging (or sneaking) back onto the battlefield. Snake defeats legendary soldiers, destroys massive war machines and prevents worldwide nuclear war at least three times. Then, tired of serving a corrupt government, he becomes a mercenary, creates his own nation-state and nearly conquers the world. (Note also his wicked eye patch.) There is no tougher dude in video games than this man.

O people of the Internet, what tough video game dudes would you add to this list? Let us know in the comments!