The United States of America has many strange customs and holidays, and I consider it my duty to research them. With St. Valentine’s Day soon taking place, I set my studies of Halloween and Thanksgiving behind me in order to give this latest holiday the anthropological scrutiny it deserves.*

My findings were… dark. Despite its popular image as a time for giving gifts and expressing romantic love, St. Valentine’s Day represents bloodstained history and wanton consumerism.

Verily, of the various letters vividly visible above, the very first veers vaguely toward the visual vibe of a viscerally vicious and violent film I once viewed: V for Valentine, or some variation.

As the holiday is named for a historical figure, my first task was to research St. Valentine himself. Little is known of this ancient Roman martyr, whose death is celebrated every year in America by the sale and distribution of gifts such as flowers, chocolates, cookies, cards, jewelry, and frilly undergarments. St. Valentine, who is known as Valentinus in some accounts, is surrounded by legends, but few facts remain.

Upon finding the study of this dead saint to be a dead end, I turned my researches toward the holiday itself, and discovered a sordid celebration of Valentine’s demise.

The significance of these colors is open to speculation. Given what little is known of St. Valentine’s personal history, the color red may represent his violent death as a martyr. Pink generally represents love or sweetness; its association with the bloody red of Valentine’s death demonstrates a disturbing veneration of violence.

More than fifteen centuries after Valentine’s tragic end, why is it celebrated by the giving of gifts? Why is romantic love the legacy of Valentine’s martyrdom? What aspect of his brutal death inspired sappy cards, heart-shaped candies, and other mawkish gifts?

These are distressing questions, and my best researches have yielded no answer. 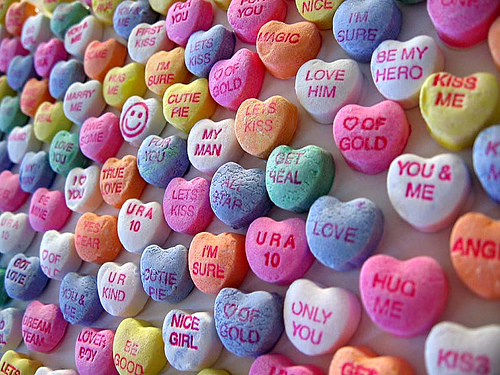 Do you know what else is distressing? These awful tablets. I don’t know what kind of medication they contain, but they taste awful.

Perhaps it would be prudent for me to narrow the lens of my researches from the purpose of the holiday to its specific observances.

The greatest tradition of Valentine’s Day seems to be buying things, such as the aforementioned flowers, candy, cookies, cards, jewelry, and lingerie. This eclectic assortment of romantic items has no discernible connection to Valentine himself, leaving me to surmise that their popularity as Valentine’s Day gifts is prompted by the theme of romantic love that has left its indelible and inexplicable mark upon the remembrance of that saint’s death. 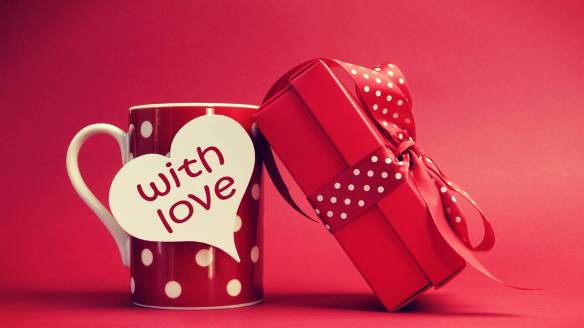 Never mind the occasion—coffee is always an appropriate gift.

Although these gifts are generally exchanged by romantic partners, it is common for celebrants of Valentine’s Day to distribute cheaper and less intimate gifts among friends, classmates, and coworkers; candy and cards are among the most popular options. Other Valentine’s Day traditions observed in America include going on dates or to parties.

A romantic card or letter given on Valentine’s Day is known as a valentine. This eponymous designation is shared by any person to whom such a card or letter is given.

(If I may permit a personal view to interfere with my serious studies of American holidays: I strongly opine that video game valentines are the best valentines.)

If you recognize all of the games represented in these valentines, a winner is you!

In conclusion, Valentine’s Day seems to celebrate the violent death of a good man, associating it (for dark, unknown reasons) with romantic sentimentality. I acknowledge, regardless, the importance of the virtues venerated by the holiday—to wit, love and friendship.

Thus, with sincerity and due caution, I wish you a happy St. Valentine’s Day.

*I should remind my dear readers that my studies of American holidays are silly, sarcastic, and absolutely not serious. This blog post is a joke. Please don’t take it seriously!