A while back, a resident of the nursing home where I work thanked me for helping her with something. “Sure thing,” I replied. “They don’t pay me to stand around looking grumpy, you know.”

The resident laughed, and I added, “I am pretty good at it, though. If being a grump were a paying profession, I’d be the best in my field.”

“Don’t say that,” said the resident, suddenly serious. “You’re too hard on yourself.”

I briefly considered explaining my tendency toward self-deprecating humor, but decided against it for two reasons. First, I had other people to assist. Second, the resident is in her nineties and can’t even remember my name, so an explanation didn’t seem worth the effort.

I like to make people laugh, and put-downs are an easy form of humor. Since other people are hurt by mockery, I mock myself. I don’t think there’s any harm in that. Heck, some of the people whom I admire most, including family members, poke fun at themselves all the time. 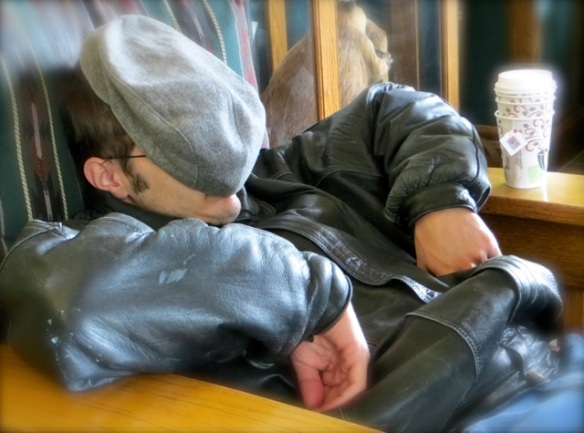 Besides, when it comes to cheerful self-deprecation, I’m an awfully easy target.

However, if I’m honest with myself, some small part of my self-deprecation is a response to low self-esteem. Poking fun at myself allows me to point out some of my own faults before anyone else gets the chance. It’s a way of telling others, “Look, I know I have problems. You don’t have to tell me. I already know.”

Low self-esteem seems to run in the family. Many of my relatives on both sides have struggled to maintain a sense of self-worth. Fortunately, however little a person might esteem or value himself, he can choose to respect himself. Self-esteem depends on mood or circumstances, but self-respect is a choice.

Self-respect is a powerful weapon for overcoming life’s obstacles. (Specifically, self-respect is a sharp katana blazing with purple flames… according to the movies, anyway.) I may not be able to wish away feelings of low self-worth, but I try to maintain self-respect in my day-to-day life.

How am I trying to maintain self-respect? Well, I’m glad I asked.

I’m trying to keep my home neat and clean.

In this chaotic, broken mess of a world, my home is the only place over which I have complete control. When I allow it to become cluttered or dirty, I feel like I’m losing what little respectability and self-discipline I have. I may sometimes feel like a mess, but I can at least make sure my immediate surroundings aren’t messy.

Oddly enough, I’m not even slightly bothered by the messiness of other people. Their clutter is their concern. Only my own messes bother me. When I stay in other homes, or other people stay in mine, I’m satisfied to keep my own stuff neat. It’s only when I become untidy that my self-esteem plummets.

I’m trying to keep myself neat and clean.

This is pretty much the same principle as the one above, but applied to my person instead of my surroundings. I don’t wear elegant clothes or obsess over my appearance. However, I do wear clean clothes that fit, match, and have no obvious rips, holes, or stains. I try to look respectable, and to smell clean. Heck, I even shave occasionally. Neatness and cleanliness are basic virtues, but important ones for maintaining self-respect. 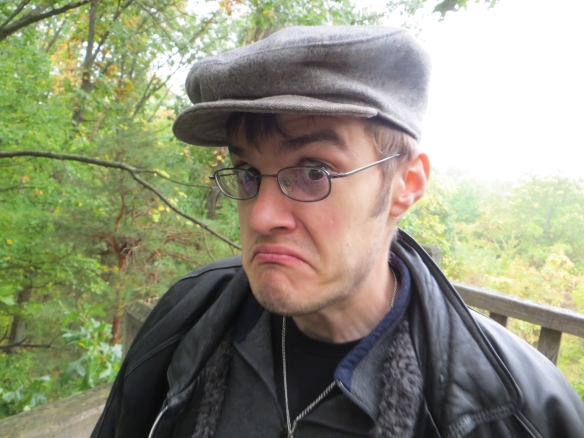 I feel lazy and slovenly when I stop caring about my appearance. Even when I feel like a failure, I sure as heck don’t want to look like one.

I’m trying not to blame myself for things that aren’t my fault.

I tend to blame myself when things go wrong. After all, I have to blame someone, and I feel guilty blaming other people. Thus, when my car breaks down, or someone steals a package I ordered, or a person at work is rude, I assume it’s somehow my fault. I could have avoided it, right? I could have done something better, and I should have done it. This assumption makes it awfully hard to stay positive. I make enough mistakes without blaming myself for everything else.

As I blunder onward, I’m trying to be more rational in acknowledging that stuff isn’t always my fault—or at least, it isn’t always all my fault. In one of the Harry Potter books, as Dumbledore confesses a terrible mistake, he admits it was “almost entirely my fault—I will not be so arrogant as to claim responsibility for the whole.” There’s a lesson there.

I’m trying not to procrastinate.

Putting off commitments and responsibilities leaves me feeling stressed and guilty. Completing them promptly gives me a warm feeling of satisfaction, and allows me to feel ever so slightly more in control of my life. I’m trying not to procrastinate. I’m not really succeeding—I didn’t know what I was going to write for this post, let alone start writing it, until the day before it was due—but I sure am trying.

I feel stressed and helpless when I’m too busy, and anxious and guilty when I’m not busy enough. Both extremes damage whatever self-esteem I have. It’s when I reach a healthy balance of work and rest that I feel like a respectable, well-adjusted human being.

Are my attempts to maintain self-respect working? I think so, though it doesn’t always feel like it. Fortunately, self-respect isn’t a feeling, but a choice. However my self-esteem may rise or fall, I choose to believe I’m a worthwhile human being, and to act like one.

(I don’t have a flaming katana yet, but I’m getting there.)