Today’s post was written by JK Riki: rogue writer, animator, and cool dude. For more great stuff from JK, check out his websites on creativity and animation, and find him on Twitter!

If you’re a regular reader here at TMTF, you know Mr. Stück is a big fan of the animated show Gravity Falls. His thoughts on the series are short and sweet, encouraging you to watch without mincing words. In case you need an extra push, though, today we’re going to take a longer look at what makes Gravity Falls so compelling (and some tips you might take away from the show). 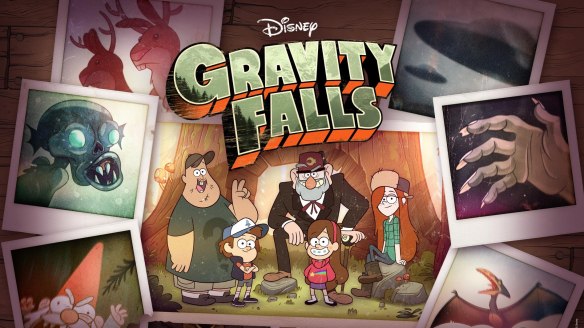 In an interview, GF creator Alex Hirsch talked about the process of creating the show. He explained, “We have a storyline. There is a broad storyline that we’ve come up with—a beginning, middle, and end.”

In today’s television, that is a rarity. Studios and networks are so keen to drag things out for as long as possible that they begin a story with mystery and intrigue, and have no clue where it will end up. If they do know where it might go, they put obstacles in the way for the sole purpose of extending the shelf-life of the series. If it gets renewed for an additional season, up pop more meaningless obstacles. If it does not, hopefully there was warning of the cancellation early enough to produce a reasonable final episode (but often not).

There needs to be a lot of wiggle room in writing. You can’t be so strict that you don’t allow characters to take things in new directions on a whim. That said, if you don’t have a vague idea where you’re headed, it can lead to a mess farther down the road.

Possibly because the show has a planned beginning, middle, and end, it isn’t afraid to change. The Simpsons, bless its heart, reverts to status ­quo at the end of almost every episode. Some episodes even make note of that fact for humor purposes. It’s not alone, either. A vast majority of shows have this sort of reset, especially in animation.

Gravity Falls bucks that trend by allowing progress to be made. Overarching mysteries unfold, and characters grow. One example of this (spoiler warning) is that the protagonist’s crush on a local girl actually plays out, instead of becoming a forced motif for the entire series. I was sad to see it go—I’m a sucker for secret crushes—but giving it closure improved the series. 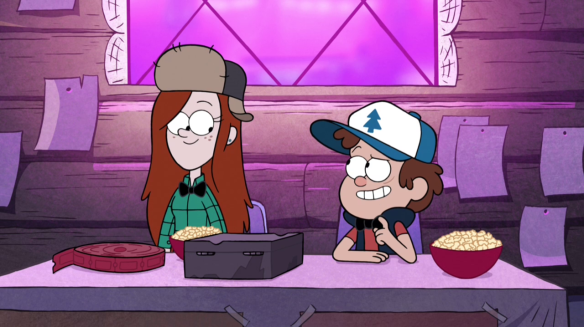 It’s important when writing a series to allow room for growth. It can be tricky, because some fans of early work will hate later stuff and pine (loudly) for “the good old days.” (This happens a lot in music with long-­running bands, too.) It’s still worth allowing for change to happen, because frankly that’s how life works, and you want there to be a foundation of truth in any creative work you do.

3. Gravity Falls is about characters.

In another interview, Mr. Hirsch mentioned, “Gravity Falls is a show about mysteries and magic, but first and foremost it’s a show about characters.”

The reason Gravity Falls is as charming as it is has very little to do with its marvelous story twists and hilarious jokes. It succeeds because the characters are true and compelling. They have soul and depth. They connect with each other, and the relationships feel solid and real.

If you have one take­away from Gravity Falls as a creator, let it be this: Living, breathing, compelling characters will take you farther than any other writing device.

An audience will watch a compelling character do his laundry, but will quickly grow bored with a flat, one-note character even if they are piloting space ships in a fascinating alternate dimension. Do not skimp on knowing your characters; invest time in them, and you will be handsomely rewarded.