After a two-week hiatus, TMTF is back with new content! My typewriter monkeys and I have resumed… whatever it is we do around here. I don’t know.

Before I get carried away with new posts, there’s some stuff we need to discuss—mostly following up on last month’s charity fundraisers, and also asking an urgent question about hats. Prepare yourself, dear reader, for some Important Business Things. We’ll cover them one at a time. Here we go!

TMTF’s charity fundraisers were a success!

Because of your support, TMTF’s charity fundraisers last month were successful!

The Living Water International fundraiser, which is ongoing, surpassed its goal. Thanks to you, we’ve given $375 toward providing clean water to people in impoverished areas! That’s one hundred twenty-five percent of the fundraiser’s original goal, which is just bonkers.

When we started raising funds last month for charity, I honestly wasn’t sure we would meet our goals. You guys have amazed me. Thank you so much for making this possible. You are my heroes. Well done.

Even though the clean water fundraiser was meant to be a Christmas project, it won’t end for another few weeks. (I didn’t have much flexibility in planning its duration.) For as long as it’s up and running, this blog’s rewards for donors will remain in effect, so feel free to give!

I’m still working on donor rewards, and I will get them to donors as soon as I can.

If you haven’t received your rewards for donating to one or both of TMTF’s fundraisers, I haven’t forgotten you! I’m still working on them, and I’ll send them your way as soon as I can.

By the way, there were a few anonymous donations. If you donated anonymously and would like to receive donor rewards, it’s not too late to contact me. I want to say thank you!

Should charity fundraisers become a Christmas tradition for this blog?

I don’t know. What do you think? 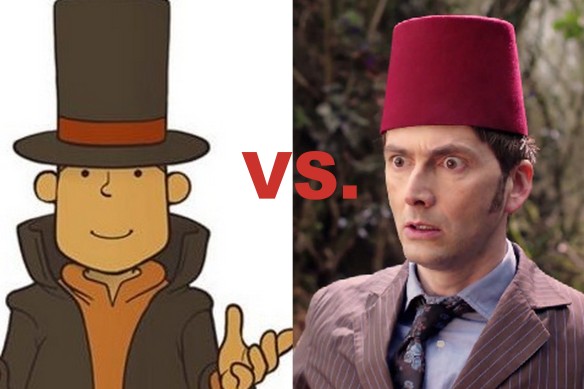 I think that’s everything!

I guess those are all the Important Business Things we have to discuss for now. Thanks again, dear readers, for making last month’s charity events a success!

In conclusion, fezzes are less expensive, but top hats lend a certain dignity to any aspiring gentleman. They’re both pretty great.