For comparison, here’s the image from My Neighbor Totoro on which Kim’s picture is based. 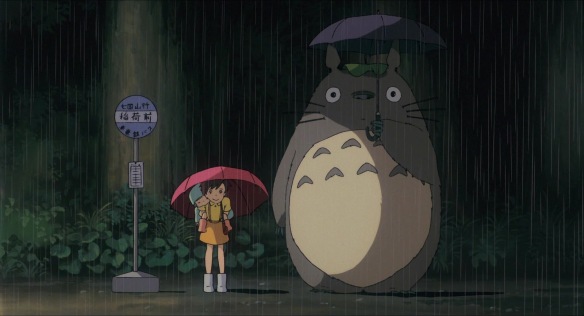 I really enjoyed Big Hero Six, the first animated Disney movie based on Marvel comic book characters. In fact, it’s one of my favorite films of the past five years. Its story hit all the right notes for me, and its visuals are jaw-dropping. Despite being much more Disney than it is Marvel, Big Hero Six avoids most of Disney’s clichés. There are no princesses; there is no romance; the villain is not pointlessly evil. Big Hero Six is a film about brotherly love, coping with loss, and the futility of revenge. It’s pretty deep stuff… for Disney, anyway.

Anyway, if you haven’t seen Big Hero Six, you should go watch it. And then, regardless of whether you’ve already seen it, you should watch My Neighbor Totoro. You’ll thank me later.

2 thoughts on “My Neighbor Baymax”