Do you know what’s nice about stars? Stars stay. They’re fixed in the night sky. Although they seem to move slightly as our planet spins, stars are heavenly fixtures.

I often think of a particular star during the Christmas season. Most of us know its story. Wise men followed this star until they found the infant Christ, whom they worshiped, and to whom they gave kingly gifts. It’s a familiar image of the Christmas season, often depicted on holiday cards and remembered in carols.

I like the wise men. In a world that seemed dark, they followed a star in a quixotic search for truth and meaning. My own world can seem bleak. I love the idea of a guiding light, untouched by darkness, proclaiming salvation and hope for anyone willing to follow.

Just imagine if the wise men had followed, say, the moon. They would never have found the Christ, unless by accident. The moon moves across the night sky. It regularly changes shape, apparently unable to decide upon one it likes. The wise men would have found neither hope nor truth following the moon. It leads nowhere.

I recently reread G.K. Chesterton’s Orthodoxy, which I once reviewed for this blog. One of Chesterton’s criticisms of contemporary worldviews is how constantly we change them. “We are not altering the real to suit the ideal,” he declared. “We are altering the ideal: it is easier.” Frequently changing our ideals makes real progress almost impossible. Quoth Chesterton, “This, therefore, is our first requirement about the ideal towards which progress is directed; it must be fixed.” 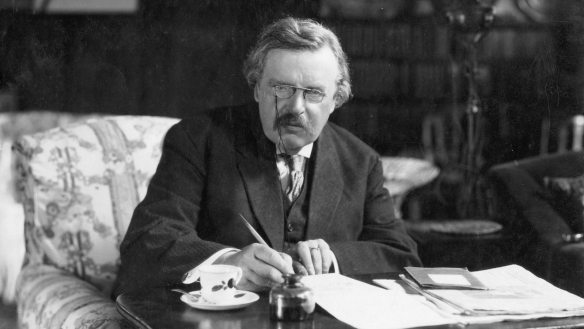 Reform requires fixed goals. A traveler can spend all day walking, but if he chooses a new destination every five minutes, he won’t make much progress anywhere. He needs a fixed destination. If the wise men had followed the moon, they may never have found any hope for their broken world. Fortunately, they followed a star, and found it.

C.S. Lewis, an admirer of Chesterton, had this to add:

Now Faith, in the sense in which I am here using the word, is the art of holding on to things your reason has once accepted, in spite of your changing moods. For moods will change, whatever view your reason takes.

If our beliefs, goals, and ideals change with our moods, we may as well be following the moon—we’ll get nowhere. We must find fixed ideals, and we must stick to them.

3 thoughts on “The Moon Leads Nowhere”