I have put off writing this post for a long time. I was afraid it might cause some of the religious people in my life to shout, “ADAM WHAT IS WRONG WITH YOU HAVE MORE FAITH,” and some of my nonreligious friends to shout, “LET IT GO ADAM BE ENLIGHTENED,” and shouting stresses me out.

That said, this post is an extremely personal one, and I’ll be grateful for sensitivity in the comments. Advice or criticism, however gentle or well-intentioned, probably won’t help today. I’m not asking for any of that.

I considered leaving my faith last year. I didn’t actually leave it, in case you were wondering. For better or worse, Adam Stück remains a follower of Jesus Christ. 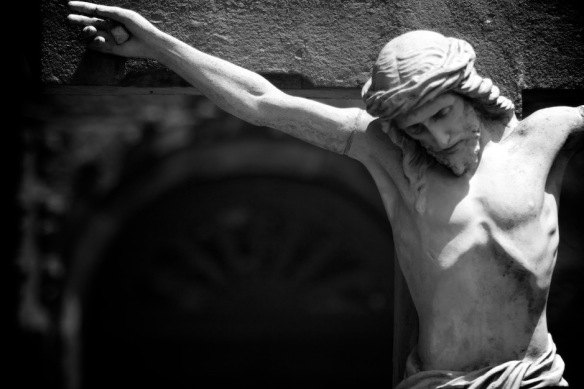 The year 2015 was, all things considered, a memorable one. I quit my old job, started a new one, went on an unexpected adventure, switched job positions, lost a dear friend, grew a scruffy jaw-beard, and got a cat. As I blogged about the turbulent changes of 2015, there was one I didn’t mention.

I have long wrestled with doubts about the existence of God. Of all the posts on this blog, probably the most important to me is the one in which I discussed my uncertain faith. “If I’m a fool,” I wrote long ago, “at least I have the consolation of being God’s fool.”

I’ve been a dedicated Christian since 2004, when I began taking Christ seriously. Faith was effortless in high school, and even college (despite my Thursday Afternoon of the Soul and other rough patches) didn’t dampen my devotion to God. I was convinced he had a plan for my life, and I was following it, and everything would work out if I kept the faith and worked hard. 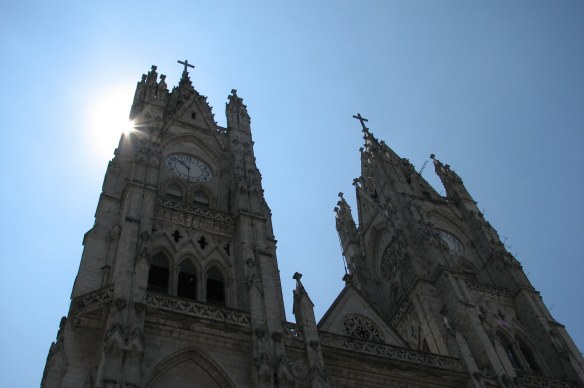 Then, around the time I started this blog, I realized I didn’t want to follow the career I had studied in college. I panicked, uncertain of where to go next. My plans, which I had always assumed were really God’s plans, suddenly seemed mistaken.

My career plans had gone awry. My book plans had failed. I was stuck in a really bad job situation. However, I didn’t give up. I assumed my situation was some sort of spiritual desert: a test after which God would lead me to my “real” future. I clung to faith. I endured.

Then, when I finally left that lousy old job last year, I didn’t arrive at my long-sought promised land—I just reached another dead end. (Sure, it was a much nicer dead end, but just as dead.)

It made me question things.

Was there ever a bigger plan?

What if there never was?

Along with these questions came the all of the familiar ones with renewed urgency: Why does Scripture seem so inconsistent and self-contradictory? Why has Christ’s life been followed by two thousand years of empty silence? Why is the world so broken? Why do so many religious people seem hypocritical or out of touch?

As I set aside my long-held religious preconceptions, a naturalistic worldview began to seem more rational than a religious one. I asked myself, “If I give up faith in Christ, what happens?” Do I put in two weeks’ notice? Is there paperwork? Do I sing “Let It Go” on a snowy mountaintop somewhere, or what?

I conclude with a scene from one of the Chronicles of Narnia by C.S. Lewis. (Spoilers, I guess?) In one of the books, the heroes are trapped deep underground with a beautiful witch. She enchants them into believing the world has no surface. There is no sky, she says, and no sun. There is no land called Narnia, and no king named Aslan. The only world is underground, the only lights are lamps, and the only ruler is the witch herself.

Everyone falls under the witch’s spell, except an old grump named Puddleglum, who has this to say:

One word, Ma’am. One word. All you’ve been saying is quite right, I shouldn’t wonder. I’m a chap who always liked to know the worst and then put the best face I can on it. So I won’t deny any of what you said. But there’s one thing more to be said, even so.

Suppose we have only dreamed, or made up, all those things—trees and grass and sun and moon and stars and Aslan himself. Suppose we have. Then all I can say is that, in that case, the made-up things seem a good deal more important than the real ones. Suppose this black pit of a kingdom of yours is the only world. Well, it strikes me as a pretty poor one. And that’s a funny thing, when you come to think of it.

Either way, for better or worse, I’ll stand by Jesus Christ.