Here’s a question for you: What do fate, magic, nanomachines, and sonic screwdrivers have in common?

As I mentioned last time, I’ve been playing a video game called Metal Gear Solid 4. Its blend of military intrigue, science fiction, and social commentary is kinda bonkers, but the story’s strangest turns always have an explanation—or, to be more honest, an excuse. That excuse is nanomachines. These microscopic robots are injected into the bloodstream of many characters in the game, giving them superpowers (or super-weaknesses) that defy all other explanations.

How does a character in the game survive being shot in the head and stabbed through the abdomen? Nanomachines. How are entire armies instantly disarmed, disabled, and defeated? Nanomachines. How is a long-dead character revived in a stunning twist? That’s right—flipping nanomachines. Every impossible twist in the story is explained by these hard-working little bots. 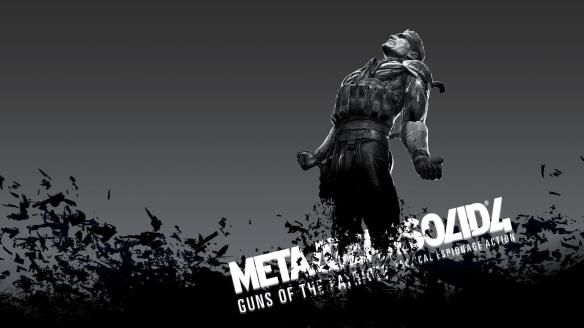 In the end, throughout the Metal Gear Solid series, nanomachines are generally the catch-all explanation for things that otherwise make no sense. The audience never learns exactly how they cause immortality, raise the dead, regulate firearms, or do any of the other crazy things they do. Nanomachines are a vague, easy solution to plot holes that can’t otherwise be filled.

Let’s not cast all the blame upon nanomachines, though. Consider how often, especially in fantasy stories, magic is used to explain away things that make no sense. Science fiction often uses technology in exactly the same way. As Arthur C. Clark reminds us, “Any sufficiently advanced technology is indistinguishable from magic.”

Marvel’s Thor movie openly acknowledges this when its eponymous superhero tells an ordinary human, “Your ancestors called it magic, but you call it science. I come from a land where they are one and the same.” Thor’s hammer makes no sense. Most of the stuff in Marvel’s movies makes no sense. The easiest solution is to claim that it’s incomprehensible technology and call it a day. 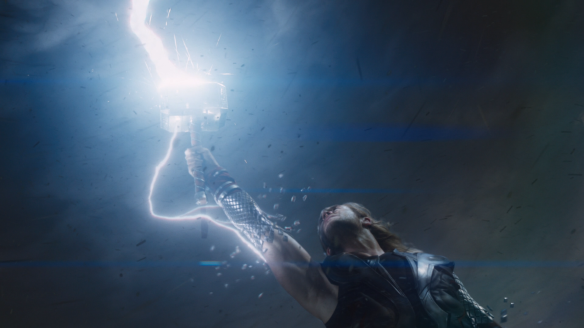 Witness the power of… science?

Fate and destiny can work the same way. In dramas and romances, these vague cosmic forces offer an excuse for crazy coincidences and irrational behavior.

Then there’s Doctor Who. Flipping heck, is there ever Doctor Who. Besides the good Doctor’s sonic screwdriver, which does anything the plot needs it to do, the show’s many plot holes are waved away by the concept of “wibbly-wobbley, timey-wimey… stuff.”

Do you remember the concept of deus ex machina? It’s when a specific problem in a story is resolved by some contrived or impossible solution. This is the same idea, but bigger and more pervasive. It’s when a deus ex machina, instead of resolving a single problem, becomes the storyteller’s go-to resolution for all of the problems.

As cheap or lazy as this sounds, it doesn’t have to be so bad. It all depends on how it’s used. Some stories don’t need to be burdened by a lot of complicated explanations. If media like Doctor Who or Metal Gear Solid 4 obsessed over details, or else cut out everything that lacked a rational explanation, they would be a heck of a lot less fun. If the audience is willing to swallow a vague explanation, and it enables a better, tighter story, then it becomes a good thing.

Used badly, narrative tricks like magic and nanomachines make a story contrived and unbelievable. Used well, they prevent a story from becoming bogged down in details and explanations, and allow storytellers to focus on other areas of storytelling.

I would call my typewriter monkeys my blog’s version of this trick—a vague explanation for the complicated process of how TMTF is kept up and running—except for one thing. My monkeys don’t resolve problems. They cause them!

2 thoughts on “393. About Storytelling: Magic, Destiny, and Nanomachines”