I once wrote a novel titled The Trials of Lance Eliot, and readers have asked me whether I plan to write sequels. I may continue Lance’s story someday, but what I really want to do is rewrite its first part.

Well, I don’t want to rewrite The Trials of Lance Eliot completely. (That would take a lot of work.) However, having put a couple of years between myself and my novel, I’ve realized there are quite a number of things I want to change. 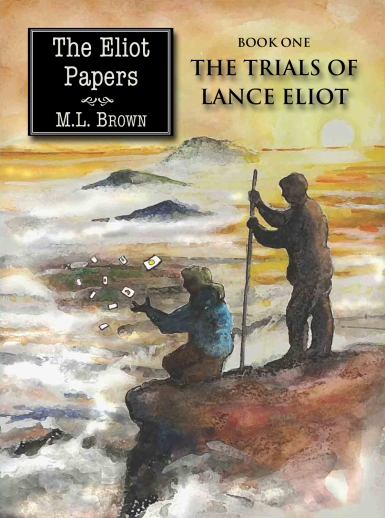 Here’s what I want to change about The Trials of Lance Eliot.

In case anyone is interested in reading my little book, be ye warned: There be major spoilers ahead!

I want to remove Miles and a few other characters.

When I wrote the novel, I had big plans for Miles. He is a traveling companion to Lance, Regis, and Tsurugi, and I wanted him to balance the group by being a foil for each of them. With his soft heart, strong work ethic, and childlike faith, Miles was supposed to challenge Lance’s selfishness, Regis’s irresponsibility, and Tsurugi’s cynicism.

In the end, however, Miles doesn’t contribute much. He drops out of the story partway through, making a halfhearted encore toward the end. I don’t think the novel needs him. A few other characters could be just as easily removed: Atticus, for example, could be replaced by Petra. I think The Trials of Lance Eliot has too many underdeveloped characters, and could benefit from the removal of the unnecessary ones.

I want to clear up the disappearance of Maia and Kana.

The supposed deaths and eventual reappearances of both Kana and Maia make me cringe more than almost anything else in The Trials of Lance Eliot. Fake deaths are horribly clichéd.

However, the apparent deaths and subsequent reappearances of these characters are necessary for the story. The deaths of Maia and Kana drive the development of Lance and Regis, respectively: Lance becomes depressed, and Regis resolves to become an honest man. Maia and Kana must be reintroduced later in the story: Kana to rescue Lance, and Maia to send him home. I can think of no easy way to dodge these fake deaths.

However, I can be less coy about Maia and Kana’s disappearances. I want to state merely that they are “missing,” not that they are necessarily dead. That would still provide some tension, while making their inevitable revivals seem less contrived.

I want to start the story in the US instead of in the UK.

Full disclosure: I started the story in Oxford only because J.R.R. Tolkien and C.S. Lewis, my favorite fantasy writers, lived there. I’ve never actually been to the UK. Most of what I know about contemporary British culture comes from watching Sherlock and Doctor Who. I don’t know enough about the UK to make it a convincing start to Lance’s story.

Indiana, a place with which I’m all too familiar, would be a perfectly adequate place for the start of The Trials of Lance Eliot. If anything it would be better: a small Indiana town is far less interesting than Oxford, which would make Lance’s adventures seem more exciting by contrast.

I want to make Regis a girl.

Not long ago, someone on Twitter shared the following quote from Noelle Stevenson: “When you write a male character, think ‘does this character have to be male? Why?'”

I’m no feminist, but I’ve realized it isn’t fair for my characters to be men by default. Of all the characters in my novel, Regis has probably the fewest reasons for being male. I want to rewrite the character as a young lady. I suppose that means I would have to change the name, wouldn’t it?

I want to change the orphanage in Valdelaus to a home for persons with disabilities.

Orphanages have become a cliché in storytelling. A home for persons with disabilities would offer far better opportunities for both pathos and comedy—believe me, I know!

I want to publish the book under my own name.

I’ve already discussed this, and have nothing to add.

I want to use exposition more evenly.

An early chapter of my novel is mostly exposition as Kana explains things to Lance. Perhaps Kana could offer his explanations incrementally across a couple of chapters? Whatever my solution, the early chapters should strike a better balance between action and exposition.

I want to rewrite some of the dialogue.

I prefer to use good grammar, but that isn’t how ordinary people talk. My characters should speak less like Adam writing and more like people actually talking.

I want Lance to swear like a normal person.

Lance’s dated British euphemisms are a bit silly. People don’t say things like “dash it” and “what in blazes” anymore. (Well, I do, but I do a lot of strange things.) My novel may be a case in which mild profanity would be justified. Ordinary swearwords like “damn” and “hell” would believably convey Lance’s lack of moral fiber toward the beginning of his journey.

These are the changes I would make to The Trials of Lance Eliot… and then, maybe, I could go back to planning its sequels. Maybe.

10 thoughts on “355. What I Want to Change about The Trials of Lance Eliot”