I recently learned of an indie game titled Fez. The game’s protagonist wears a fez, presumably because fezzes are cool. (We all know this.) This game reminded me that characters in video games have some pretty sweet hats.

As a gamer, blogger and proud owner of several hats, I believe it’s my solemn duty to decide which video game hats are the best.

The following rules apply: I’ll choose hats only from games I’ve played, and I’ll select no more than one hat from any game series. Only original video game hats are permitted: no hats from licensed characters like Indiana Jones or Donald Duck. Hoods, helmets, headbands, ribbons and all headgear except hats and caps are disqualified from this list.

Now, ladies and gentlemen, hats off as TMTF proudly presents…

The TMTF List of Top Ten Hats in Video Games!

Quote, the amnesiac hero of indie classic Cave Story, manages to look quite heroic in a simple baseball cap. The hat isn’t particularly fancy or elegant, but its bright white and red design helps Quote’s pixelated figure stand out against the muted blacks and browns of Cave Story‘s subterranean locales. On an entirely different note, do the buttons on Quote’s hat remind anyone else of Mickey Mouse’s shorts? 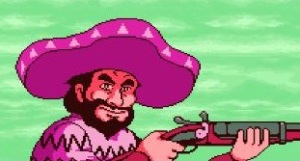 This Mexican gunslinger, who has been described as “either groundbreakingly inclusive or an offensive stereotype, take your pick,” is a playable character from Sunset Riders for the SNES. The game consists mostly of shooting stuff. Cormano’s skill with a rifle is belied by his sombrero, which is colored bright magenta and shaped like a taco. Never has the Old West been so fabulous! 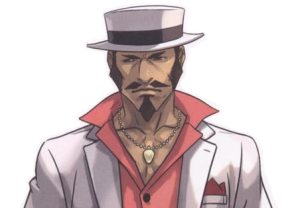 Not since Buster Keaton has anyone looked so good in a pork pie. Despite being a shifty character with questionable ethics, Shadi Smith is a really sharp dresser. There are many fantastic hats in the Ace Attorney series, from magician’s top hats to policewomen’s berets, but none seems more stylish or elegant than Shadi Smith’s classy pork pie hat. 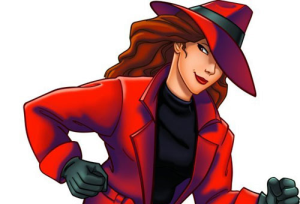 As a child, I played Where in the World Is Carmen Sandiego? on my family’s ancient black-and-white Apple Macintosh. (I’m pretty sure the above picture of Ms. Sandiego comes from another game in the series, but it’s the best I could find.) It was educational gaming at its finest: besides learning about geography and national flags, I got a taste of fashion from Carmen Sandiego’s criminally fabulous fedora. 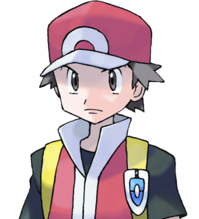 This one was a toss-up between the hats worn by Red from Pokémon and Ness from Earthbound. Red won because his baseball cap is quite a bit cooler. (Besides, Red’s cap in the original Pokémon Red was the inspiration for Ash Ketchum’s iconic hat in the Pokémon anime.) Like Quote, Red takes a common item of casual apparel and makes it seem dashing and even heroic. 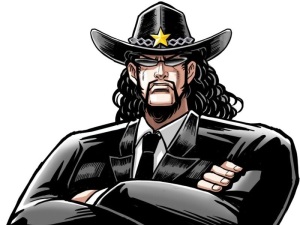 Elite Beat Agents is a wonderful rhythm game for the Nintendo DS in which government secret agents assist people in desperate need by invoking the inspirational power of song and dance. (Yes, the game is every bit as weird—and awesome—as it sounds.) Agent Chieftain, a senior agent of the Elite Beat Agency, flaunts a flashy Stetson that adds a dash of cowboy flair to his plain suit and tie. 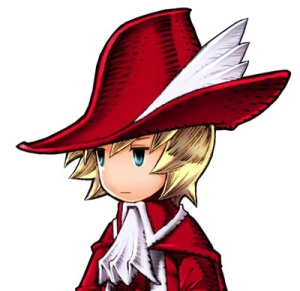 Although the Black Mages from the Final Fantasy series have neat hats, the Red Mages earn this place on the list with their gorgeous crimson hats adorned with snowy feathers. Other Final Fantasy characters have clunky helmets, dull hats or plain hoods. Red Mages alone uphold the lofty standards of fashion while defending their worlds from demons, dragons and other monsters. 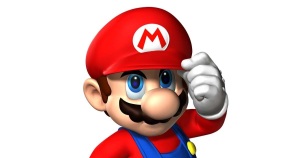 How could I not include Mario’s cap? It’s indisputably the most famous video game hat in the world, and definitely one of the neatest. Mario’s cap from Super Mario 64 deserves special mention for giving Mario superpowers, including flight. Few things in video games have been more fun for me than soaring around the game’s locales with Mario’s winged cap. Like its owner, this hat is remarkable. 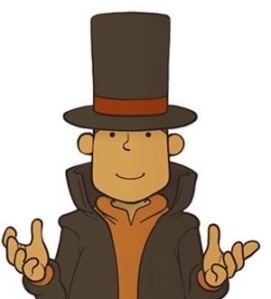 I have absolutely nothing to add. 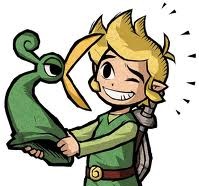 Link’s cap is one of the most iconic elements of the Legend of Zelda series. It’s instantly recognizable—seriously, how many legendary heroes wear green pointed caps? Link achieves an incredible feat in every Zelda game by looking cool in a hat that wouldn’t seem out of place on one of Santa’s elves. As much as I like it, I wouldn’t give Link’s cap the number one spot on this list if it weren’t for one detail: it talks. In The Legend of Zelda: The Minish Cap, Link is joined on his quest by Ezlo, an enchanted hat who gives advice, grumbles, cracks jokes and turns out to be one of the most engaging characters in the entire Zelda series. For its iconic status, surprisingly cool appearance and amusing dialogue—I can’t believe I’m saying this about a hat—Link’s cap is TMTF’s pick for the best hat in a video game.

O people of the Internet, what great video game hats would you add to this list? Let us know in the comments!