A long time ago, I began reviewing books. It’s a vice, I know. I can’t help it. Some time later, I started reviewing video games. Look, I know I have a problem. Don’t judge me for judging things.

I’ve been thinking lately of how to improve TMTF Reviews. It occurred to me that they could be more streamlined and better organized. It’s time for a change.

That said, today’s review is a little different. It’s shorter than usual, bizarrely meta, and unexpectedly significant. We’re going to figure out how to make these reviews more helpful and easier to read. 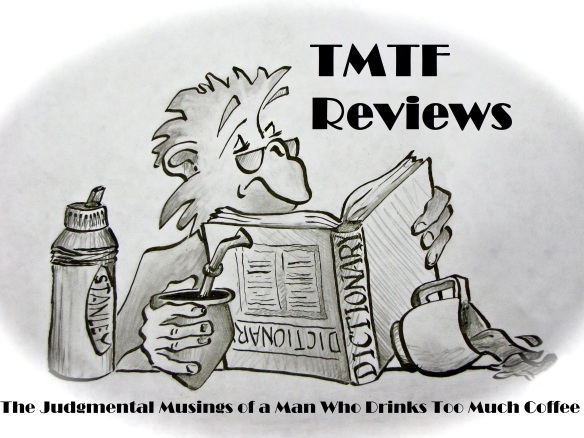 Up to this point, TMTF Reviews have been bleak, black-and-white blocks of words broken only by the occasional picture. We’re adding titles! Besides breaking up the monotony of prose, titles will make navigating reviews quicker and easier.

The style and content of reviews shan’t change. I’ve always tried to give thoughtful evaluations of things. My reviews aren’t great, but at least they give unique, honest perspectives and impressions of books and video games.

We’re making one more major change to TMTF Reviews, but I’ll get to that one in just a bit.

TMTF Reviews have plenty of problems. I’m neither a gaming pro nor a literary expert, and my reviews are far from professional. In fact, TMTF Reviews mostly consist of me rambling about stuff I’ve read and played, and throwing my ramblings into the lives of innocent, unsuspecting readers.

All in all, TMTF Reviews are as much a part of this blog as personal reflections and Legend of Zelda references. I can hardly imagine TMTF without its reviews, despite their faults, and I’m excited to make them a little easier to read.

This brings me to that final change I mentioned before. Inspired by the superb reviewing format used by Kotaku, I’ve decided to summarize each TMTF Review in a simple, colorful, fabulous graphic!

All right, the graphic isn’t that fabulous. Still, I hope it helps. Now you don’t even have to read TMTF Reviews anymore! You can just skip to the summary for the most important information!

Wait… it’s probably a bad thing if readers quit reading my reviews. Ah, well. Alea iacta est. (That’s Latin for “Such is the price for fabulous things,” or something like that. I could be wrong.)

Having improved the format for reviews, I’m eager to review the heck out of things… but I suppose I’ll have to go read a book or a play a game first.

I should probably get a start on that.