There are one or two Christmas specials which are near and dear to my heart: for example, the Peanuts one. 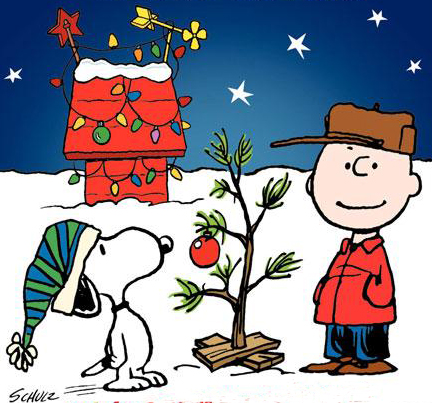 After the incomparable Peanuts program, I think my favorite Christmas special is a silly sketch from the good folks at The Ceiling Fan Podcast.

The Ceiling Fan Podcast is an audio series produced by fans of Adventures in Odyssey. It’s the tale of Ethan Daniels, hyperactive teenager and self-proclaimed greatest Odyssey fan.

I could ramble on about The Ceiling Fan Podcast and how much I enjoy it, but I’m here to talk about Christmas specials.

(I will mention, however, that it was the creator of The Ceiling Fan Podcast who put together a freaking rap battle for this blog. He’s a really cool guy, and it was an awesome rap battle.)

In the classic film It’s a Wonderful Life, which I should probably watch someday, an angel shows a man named George how much worse the world would have been if he had never existed. Without realizing it, George had touched many lives and made an incredible difference for good.

In the best Ceiling Fan Christmas special, a man named John (a recurring character in the podcast) undergoes a similar experience… except his supernatural guides show him how much better the world would have been without him.

For example: John works as a newscaster for a failing radio station—a station confirmed to have only one regular listener. With another newscaster in his position, the station is incredibly successful. Another example: John lives alone with his cats. In his absence, a neighbor finds each of those cats a loving home—as she puts it, “It would be downright awful to have so many cats all living in one place! I can’t imagine any of them would like that very much!”

John’s conviction deepens that his life has been meaningless… and then he encounters a lonely boy named Ethan Daniels. Ethan is spending the holidays with his mom; his dad hasn’t ever been around for Christmas. At the moment, Ethan feels just as depressed as John.

Then Ethan turns on the radio and hears one of John’s newscasts. Ethan likes it, and decides to create a podcast of his own—The Ceiling Fan Podcast.

As they watch Ethan, John and his guide begin to talk, and music wells up in the background, and I shed a few quiet tears.

John’s guide explains: “This is the moment that little boy decides he wants to do a podcast, a podcast that gives him a purpose, and leads him to all kinds of adventures! And he meets some of his closest friends through it. And he has the time of this life. And it all starts at this moment. With you, John. Because of you.”

“And his podcast becomes big and famous, and changes a lot of lives?” asks John.

“No, John,” replies his guide. “It stays small… but it affects some lives.”

John seems to get it.

“Even if I only help this one kid, and it goes no further than that… it was worth it, right?”

“What do you think?”

John continues, stammering slightly. “He—he’s the one, isn’t he? The young man is—is the one who’s still listening to the show.”

John concludes: “Even if I make a few people laugh, and I have fun and enjoy what I do, then it’s worth it.”

Something tells me the person who wrote this scene wrote it for himself. The Ceiling Fan Podcast isn’t big or famous. It hasn’t changed a lot of lives, but it has affected some. It has definitely affected mine. When I struggled through a bout with severe depression earlier this year, The Ceiling Fan Podcast is one of the things that kept me going.

Every time I hear this scene, I think of my lousy blog. (After wiping away manly tears, of course.) TMTF isn’t really successful. It hasn’t changed a lot of lives. It has stayed small… and it has, I hope, affected some lives.

“Even if I make a few people laugh, and I have fun and enjoy what I do, then it’s worth it.”

In what is becoming a Christmas tradition, this ridiculous holiday special—as far as I’m concerned, the best one ever—reminds me that something doesn’t have to be extravagantly successful to be worthwhile.

After all, a lot of good things have been small. Ethan Daniel’s podcast. Charlie Brown’s Christmas tree. Christmas itself began with an ordinary girl in the ordinary town of Nazareth.

Few of us are great. That doesn’t have to stop the rest of us from trying! We may not change the world, but we can brighten our own little corners of it.