What is an RPG, you ask?

Maybe you don’t ask, but I’ll tell you anyway.

An RPG, or Role-Playing Game, is a genre of video game in which the player controls a character or group of characters that becomes stronger by vanquishing enemies. Besides fighting, most RPGs feature great music, engaging stories and vast worlds to explore.

I love RPGs. They offer deep, challenging gameplay and some of the best storytelling I’ve seen in video games. Since TMTF features top ten lists occasionally, I decided to list the top ten RPGs every person on Earth—well, every gamer on Earth—should play.

A few discerning readers may note an egregious lack of The Elder Scrolls, Dragon Age and other Western RPG franchises.

This top ten list demonstrates my preference for Japanese RPGs. My apologies in advance to all the gamers whose favorites didn’t make the cut.

Without further explanation, TMTF is proud to present…

The TMTF List of Top Ten RPGs Everyone Should Play!

This game hasn’t aged as gracefully as the others on this list, but I had to include it anyway. Despite poor graphics, a slightly confusing story and horrendous localization, Final Fantasy VII is a classic, featuring a huge world to explore, memorable characters, impossibly large (and proportionately awesome) swords and several really touching moments.

This is a good game with things like music and graphics and gameplay, but Fawful is the best thing. Fawful, a villain who is evil, stylishly mangles the language of English. His dialogue sparkles with the brilliance of shiny goldfish. Quirky, funny writing is the ham on the delicious sandwich of this game, and Fawful is the mustard on that ham—the mustard of awesome! Fawful guarantees that a winner is you if you play Mario & Luigi: Bowser’s Inside Story.

RPGs almost always feature either a medieval or steampunk setting, with a few futuristic sci-fi games rounding out the genre. EarthBound is different. Its world is very much like our own, and its hero is a boy named Ness who goes on a journey with his friends—children wielding baseball bats, frying pans, bottle rockets and psychic powers—to save the world from a malevolent entity known as Giygas. Bright visuals, quirky humor and some surprisingly dark turns make EarthBound one of the most memorable games I’ve ever played.

With a creative take on time travel, Radiant Historia gives a secret agent named Stocke the ability to travel between two alternative timelines, exploring possible futures in his quest to find “true history” and prevent the world from turning to sand. The story begins slowly and characterization could be stronger, but Radiant Historia gives players clever battle mechanics and two intriguing plotlines. The game feels both new and familiar, blending tradition and innovation in one truly excellent adventure.

In Final Fantasy Tactics Advance, a tactical RPG, a boy named Marche and several of his friends are transported by a magic book into an illusory world imagined into existence by—metafictional plot twist!—a gamer who loves Final Fantasy games. Marche resolves to dispel the illusion, confronting friends and enemies alike in his quest to restore the real world. A compelling story, endless side quests and remarkably deep gameplay make this game a masterpiece.

A refreshing change from turn-based RPGs, Final Fantasy XII uses a simple game mechanic to let players “program” characters to fight automatically and allows players to jump in at any instant and take direct control. This approach has met with mixed reactions, but I think it works well: it cuts out tedious fighting without sacrificing the need for strategy. Besides efficient battle mechanics, this game boasts exotic areas to explore, dangerous monsters to hunt, well-developed characters, superb acting and the best writing I’ve ever seen in a video game.

I won’t lie: Kingdom Hearts is weird. This action RPG throws Disney films and Final Fantasy characters together into a bizarre, strangely captivating story. Its sequels feature gameplay improvements, but I recommend Kingdom Hearts because it’s the first chapter of the series. (The story is complicated enough without the player jumping in partway through.) The game’s presentation is superb, with great acting and catchy music. The gameplay is deeply satisfying. Even the confusing story has a number of poignant moments—and putting Cloud Strife and Donald Duck in a game together is nothing short of brilliant!

It must be very hard to dislike this game. Bright, paper-like visuals and hilarious writing bring to life a story that never takes itself too seriously yet manages to be compelling. The turn-based battles never become tedious; players are kept engaged by timed button presses and quick tilts of the control stick. Apart from solid gameplay and delightful dialogue, Paper Mario: The Thousand-Year Door stands out as the only game in the world to turn the gaming industry’s most recognizable character into a paper airplane.

It’s hard to know even where to begin. This game refines the traditional turn-based battles of the Final Fantasy series. The characters—ranging from a world-weary gambler to an inquisitive feral child—are characterized brilliantly and developed carefully throughout the game. The music, from “Terra’s Theme” to “Battle,” is incredible. The story is haunting: a tale of friends searching for hope and for each other in a world gone mad. Although it may be a bit old-fashioned for gamers raised on modern RPGs, I can hardly recommend Final Fantasy VI enough. (Play the Game Boy Advance version; the localization of the original SNES release is notoriously bad.) 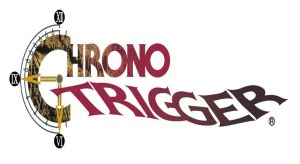 I thought long and hard about Chrono Trigger, trying to find some fault to complain about. In the end, the best I could come up with is that the original localization was weak—a problem fixed in the Nintendo DS rerelease—and the bonus content in the rerelease fails to live up to the excellence of the original game. That’s it. Everything else is perfect: epic music, ingenious battle mechanics, beautiful graphics, an eclectic cast of well-developed characters and a unique time-traveling story. Dinosaurs? Check. Enchanted knights? Check. Derelict robot factories? Check. Ancient civilizations and islands floating in the sky? Check and check. This game has everything. Play it!

O people of the Internet, what RPGs would you add to this list? Let us know in the comments!

1 thought on “126. TMTF’s Top Ten RPGs Everyone Should Play”